Beyond the Belt with Chris Johnson, C&S Farms 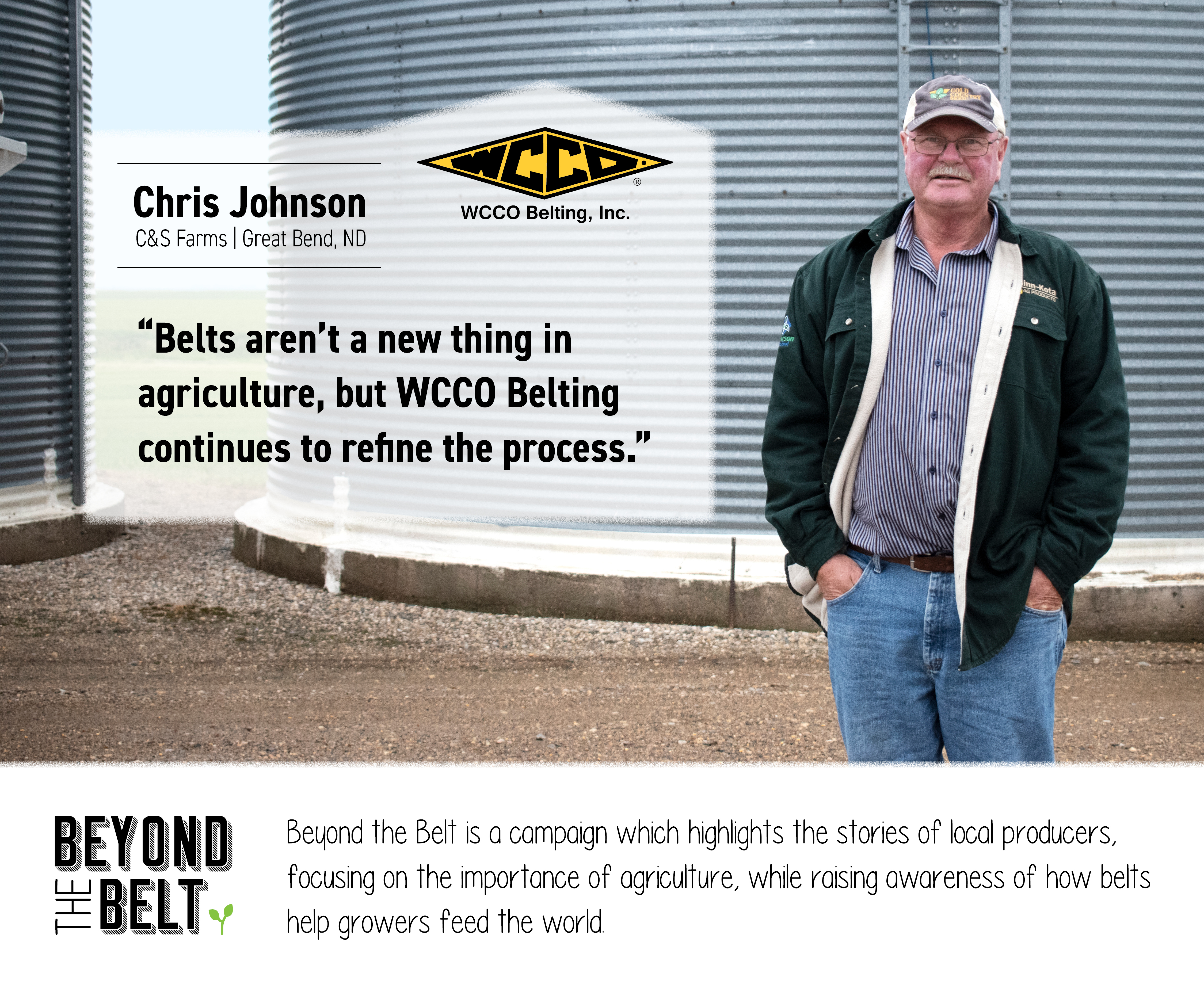 Chris Johnson runs a fourth-generation farm outside of a town called Great Bend which is also about twenty miles southwest of WCCO Belting’s manufacturing facility in Wahpeton, North Dakota. This year marks the harvest of his 45th crop. Chris has been contributing to the agriculture industry for over four decades, and is currently raising wheat, soybeans and corn.

A man who’s passionate about the efficiency of his equipment, Chris shared with us numerous ideas and examples of how he’s found ways to make the processes of C&S Farms run faster and smarter. It was evident that he relies on his natural-born ingenuity, along with quality parts and equipment, to maximize the profitability of his operation.

Chris leverages a mix of tube conveyors using both augers and conveyor belts in his operations. When asked if he recognizes any performance differences, he said, “The belted conveyors are quieter, smoother, and easier on the crop.”  As the WCCO team visited growers throughout North Dakota during the Beyond the Belt campaign, a positive theme developed regarding the performance of belted tube conveyors. Every operator commented on the smooth movement of the belt, the speed it conveys, and most importantly, the belt’s ability to gently handle crops. WCCO Belting works with conveyor equipment manufacturers worldwide and identifies the performance requirements of each to develop optimal belting solutions that growers, like Chris, can rely on in the field.

With Chris’s decades of experience, he has lived through the leaps and bounds in agricultural innovation and technology and recognized its effect on his own operation. When asked about the belting industry’s impact and how the development of belted conveyor systems, he commented, “Belts aren’t a new thing in agriculture, but WCCO Belting continues to refine the process.” As a company built on innovation and the pursuit of redefining belt performance, to us, there is no better compliment.

C&S Farms is lucky to have such a detail-oriented business manager like Chris Johnson. Thanks for showing us your operation. WCCO Belting is grateful for your hard-working spirit, your promotion of the agricultural industry, and helping to feed the world.