"Beyond the Belt" with Dallas Loff, Loff Farms 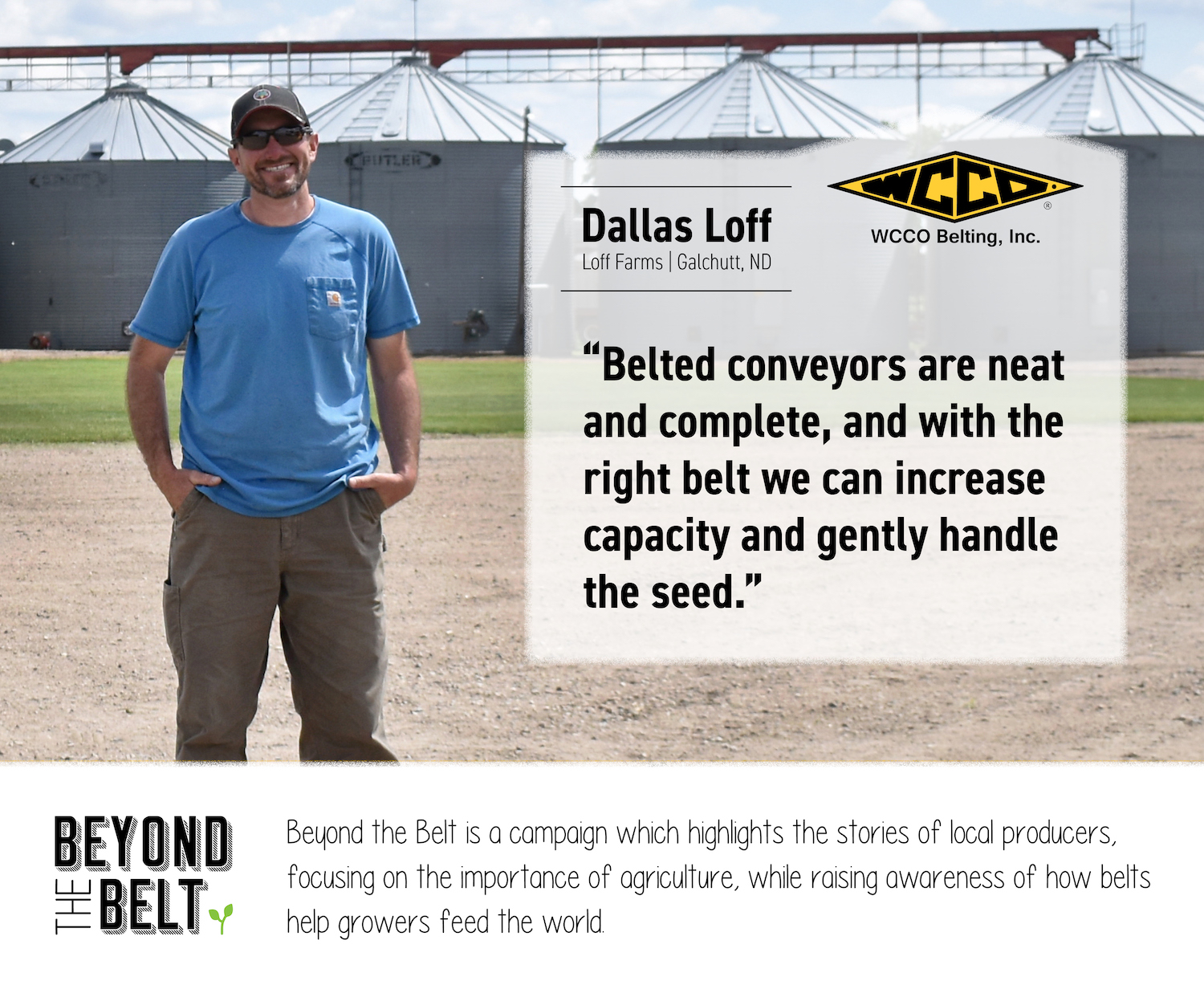 Dallas Loff is a fifth-generation farmer with an operation located about 20 miles west of WCCO Belting's facility in Wahpeton, North Dakota. Loff Farms is a family farm managed by Dallas, his brother, Grant, and his dad, Doug. Together they raise corn, soybeans and sugar beets.

Dallas spoke to the WCCO team about his experience for over two decades, and how applying speed and innovation year after year is important to their procedures and bottom-line. They use two belted tube conveyors which run crops in all four seasons, including North Dakota’s harsh winters. Loff Farms considers the conveyor’s speed essential to their success. “We can’t control the line at the processing plant, but we can control how fast we get there.  Belted conveyors load the truck faster, helping us turn and burn as fast as we can,” said Dallas.

Along with speed comes performance. When asked why they use belted tube conveyors over traditional augers, Dallas responded with, “Belted conveyors are neat and complete, and with the right belt we can increase capacity and gently handle the seed. Even after running it in water, snow, mud, and ice, I haven’t had a problem.” WCCO Belting sources its fabric and rubber from the top suppliers in the industry. The rubber compound, specifically, is designed to function in sub-zero temperatures unlike polyvinyl chloride (PVC) belting which stiffens and cracks in the cold.

Another progressive move for Loff Farms was to switch from harvesting soybeans with an auger platform to using a draper header about fifteen years ago. “When you think of the conditions our RAPTOR® drapers have to go through, like mud and cold weather, I’m amazed. The reinforced hems are one of the reasons they’ve lasted us years.” We had a great discussion with Dallas about why his WCCO-made RAPTOR® draper belts have been so reliable, such as the patented technology that makes it over 80% stronger in puncture resistance and almost 20% better in tear strength than the second-best option on the market.

Dallas has a true passion for farming and a knack for recognizing ways to improve the processes within his operation. We were excited to learn about his trust in WCCO rubber products in helping him to “turn and burn” in tough conditions throughout multiple seasons.

Dallas, we appreciate Loff Farms’ enthusiasm for agriculture and your efforts to help feed the world. Thanks for having us out for a visit, and good luck this season.