Beyond the Belt with Josh Gackle, Gackle Farms 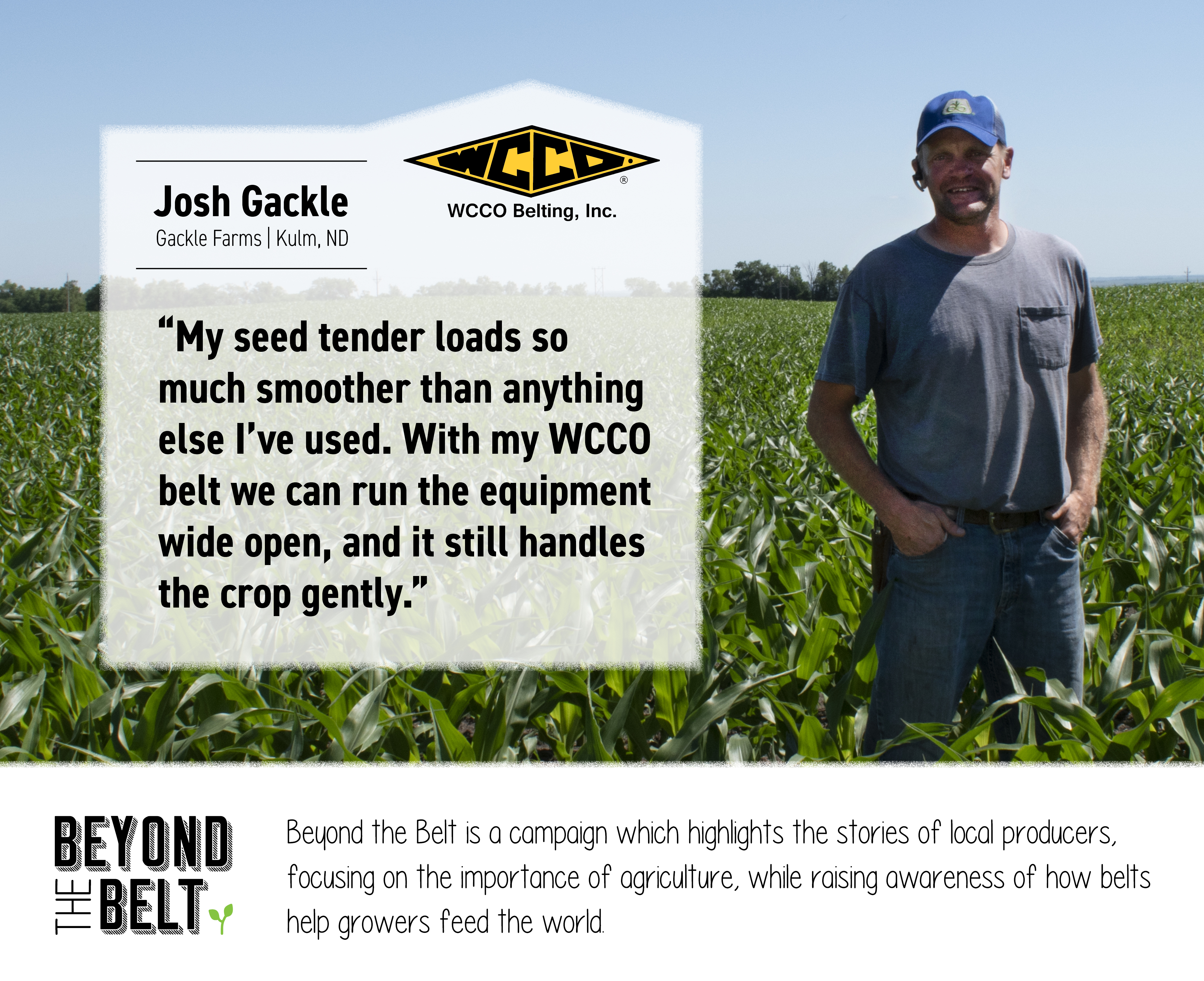 Josh Gackle with Gackle Farms is a third-generation farmer who started farming full-time eight years ago after wrapping up a career in Washington, D.C.  After returning to Kulm, North Dakota, Josh embraced a life in agriculture and now manages the 60-year-old family business with his brother and father. He also is an active member of the North Dakota Soybean Growers Association.

Located in mid-south North Dakota, it was a road trip for a few members of the WCCO Belting team to travel to the small town of Kulm where Gackle Farms resides. We visited Gackle Country Club, a golf course operated via honor system with no employees on site, and ate at the Kulm Uptown Café where the daily special was football-sized stuffed baked potatoes (American football, that is). It was an adventure, to say the least, and resulted in rewarding visits with both Josh and another area farmer.

Josh started the tour of Gackle Farms, a true family-operated business that only relies on the help of a part-time hired hand, by taking us to check out his belted seed tender. Josh told the WCCO team that the tender is used to convey both corn and soybeans (treated). As far as the seed tender belt’s effectiveness, he is satisfied with how it operates. “My seed tender loads so much smoother than anything else I’ve used. With my WCCO belt we can run the equipment wide open, and it still handles the crop gently. Overall, when it sounds good you know it’s working well.”

Along with seed tenders, the Gackle Farms’ operation depends on draper platforms to harvest soybeans. After switching from using a traditional auger header to working with WCCO-made RAPTOR® draper belts, Josh commented on the noticeable change in his harvesting process, “RAPTOR® is very gentle on the beans. They feed so much smoother and more even than an auger, we would never go back!”

WCCO Belting is happy to count another satisfied customer. Thanks for showing us around Gackle Farms, Josh. We had a great time visiting Kulm, and the café was a great suggestion for lunch. Thank you for you and your family’s decades-long commitment to agriculture and support in feeding the world. Good luck this season, and happy 60-year anniversary to Gackle Farms!