Extend the Life of your Equipment Belting with These Preventative Maintenance Tips, Blog Post 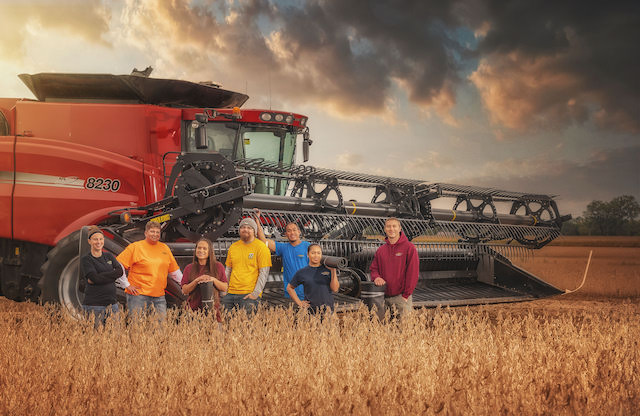 With the continued impacts on supply chain due to the pandemic, timing of getting new farm equipment, including conveyor belt replacement parts, is still being affected. Belting is a critical component to the field performance of many types of equipment and checking your belts as part of your preventative maintenance efforts can drastically improve equipment function and extend its life.

Using experience from more than six decades in the belting industry, we’ve outlined a handful of tips and the benefits of belting preventative maintenance for draper headers and balers to help you and your farm operation be more successful.

Maintaining the functionality of your combine draper header is critical to maximizing productivity. Identifying problems with the draper belts on the platform is often as simple as knowing what to look for.

Look at the overall appearance of the draper belts. Signs of the following problems could indicate that a replacement is needed now or before the next harvest:

Clean the belts and run them dry to check their performance.

In addition to a visual inspection of the equipment, we recommend running the machine without any crop to watch for potential issues. To do this, open the draper, clean out excess dust and dirt, and make sure the header is free of mud. Next, close it up, tension it, and operate it to make sure it’s running smoothly. When it’s running, make sure the belt is adjusted and tracking correctly. Look for any general operating items that might be causing issues or that are out of the ordinary that may prevent success during your next harvest. If you do have a problem, contact your dealer or the equipment manufacturer for support.

To get a general idea of when you might need to replace your belt, we recommend tracking the hours the machine spends in the field. A typical replacement schedule is 500 hours on a draper header, which is about a three-to-five-year replacement schedule but is dependent on the output. Custom harvesters, for example, could warrant replacing their draper belting every season.

A baler is another piece of equipment that is heavily dependent on efficient and well-functioning belts for success. Although the specific signs of deterioration vary from those of the draper header, it’s still relatively simple to identify problems if you know where to look.

Baler belt length, width, texture or pattern (mini rough top, rough top, diamond top, etc.), overall gauge, lacing type, and other specifications are determined by the manufacturer according to the design and function of the baler. Pay close attention to the surface of your baler belt. If the texture or pattern is wearing down, it could indicate that your belt isn’t working at its full capacity because it will pick up the crop and bale differently. With a fresh belt and pattern, the baler will roll more efficiently. Fraying or missing rubber on the cover are also indications that it’s time to consider a new belt.

Replace a full set for the most optimal for performance.

Unlike draper belting which can be replaced as needed, baler equipment functions the most optimally if the whole set of baler belts is replaced at the same time. Among other tangible benefits, this helps to ensure even tensioning. To determine if you have consistent tension across the set of baler belts, run the equipment dry to see if one of the belts is moving or flopping around more. If it is, consider replacing the set to ensure effective baling next season.

Replace a partial set or repair the splice/belt to save downtime.

It is possible to replace only one or two belts in a set. In this case, it’s critical to measure the length of the belts and order to that new length. Baler belts are made of rubber and fabric which can stretch and flex over time. You need the measurement of the belts being replaced rather than the length when installed. If the new belts are shorter than the others on the machine, it can affect output, lead to premature belt failure, and equipment malfunction.

Lacing should be aligned squarely on the belt with no evidence of tearing where it is attached to the belt construction. If there is tearing around the splice, consider replacing the splice as a part of preventative maintenance. If there is significant wear around the splice or an area on the belt with catastrophic damage, a baler belt repair kit may be an option, but during install ensure the lacing is at least 18” to 24” apart for smooth transition over the rollers.

Sourcing quality replacement parts and components, and following the care instructions for each, will reduce the total cost of ownership of a machine. For example, WCCO Belting’s products are manufactured with a rubber compound designed with UV protection to withstand damage from sunlight. Over time and through exposure to sun and other elements, the white residue you may see on a belt is its natural protectant. As the waxes in the rubber start to bloom and lose moisture, the cover will start to crack. Storing machinery with belting indoors is a good way to prevent these issues. If there isn’t a place to store equipment inside, achieving coverage with a tarp is a relatively easy way to extend the life of the belt.

While there may not be a tried and true “test” to see if your machinery or belt is still operating at 100% capacity, using these tips and tricks can increase the longevity of your belt, improve the operating efficiency of your equipment, and help ensure there won’t be any surprises heading into next season.